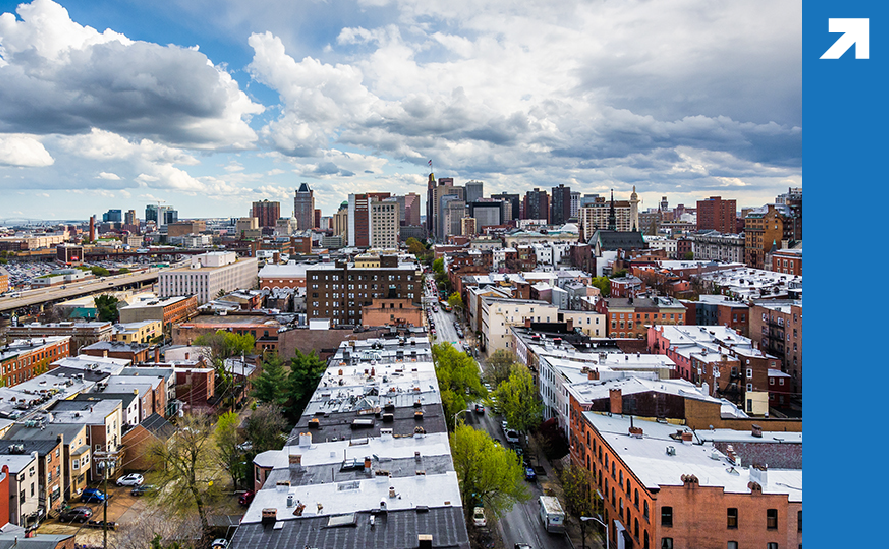 Baltimore Tech gains momentum going into the second half of the year.

Anyone lamenting the sudden (relative) downturn in U.S. venture funding these days hasn’t looked carefully enough at Baltimore. As venture capital deals across the country plummeted in the first half of 2022, local investment jumped in the opposite direction. Coming off a record-breaking year in 2021, VC continued to grow in Baltimore, with deals totaling nearly $600M by the middle of July.

How to explain the difference? Baltimore’s success is partly rooted in the strength of its early-stage companies. Our city boasts nearly 400 startups, with a deep base of seed and pre-seed stage companies, where investments and valuations remain strong. Locations with more mature startups have felt the hit of this slowdown harder, as the frothy investments into later-stage ventures are now being rationalized and proof of progress required for follow-on funding.

But other factors are helping to drive or accelerate Baltimore’s energetic growth.

Our universities continue to launch gamechanging companies. Last month’s announcement from Delfi, for example, a Hopkins-connected startup, marked the area’s eighth deal in the past 14 months that surpassed $100M – one of the markers organizations like Startup Genome use to measure an ecosystem’s strength.

Local companies are catching national attention. Fearless recently won a contract to track the NFL’s game-day data and hiring statistics. This year’s Inc. 5000 list of the country’s most successful companies featured 63 companies from the Baltimore area. And Zero Fox went public this summer and now trades under the coolest name on the NASDAQ – ZFOX.

As the VC totals demonstrate, investors are responding to the local growth. But they’re also expanding in ways that are fostering Baltimore’s Equitech ambitions. UpSurge Board Member Jeff Cherry has attracted big names to his $50M fund aimed at underestimated founders and companies using innovation to create a more equitable society. And his is just one of the Baltimore-based funds (see: RareBreed Ventures, Latimer Ventures, The Aqueo Fund) aimed at supporting the kinds of thriving Black-, minority- or women-led startups that are energizing our city.

As we’ve tested Baltimore’s appeal with scaling startups, the results have been strong.

Consider the 21 companies that went through the two new Techstars accelerators in Baltimore over the past year. 19 were from out of town and nine have either planted roots locally or are considering it.

It’s a testament to the city’s inherent value, and as Adam Phillips, the newly appointed managing director of the Techstars Equitech accelerator explained: “For founders who  understand how their business will affect the people and community of the city where their business lives, there can be no better place to come and grow than Baltimore.”

There are no promises that current funding levels will continue to grow. But the signals are strong that Baltimore is not only holding its own as other cities run into roadblocks, but we’re also building an energy that allows us to carve a new path forward.