Baltimore can be the nation’s first Equitech hub and the preeminent home for diverse entrepreneurs, according to UpSurge data. 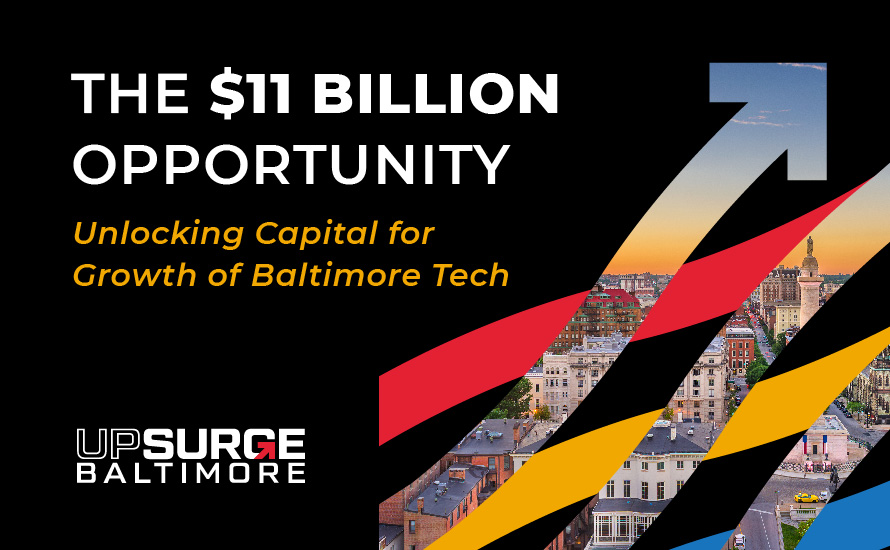 UpSurge, which aims to propel Baltimore into the top tier of innovation cities by building and bolstering a local innovation economy where all belong, released today a data-driven analysis that uncovered $11 billion in potential new Equitech startup capital over a period of three to seven years, on top of organic growth.

The $11 Billion Opportunity report highlights the unique – and often overlooked – assets of Baltimore, and the potential for those assets to drive the acceleration of its tech economy within the decade. It also provides specific benchmarks to achieve this goal. The report is a call to action to local companies, institutions, and investors, proposing that Baltimore has the opportunity to establish a new norm, a collective commitment to align around the Equitech vision and to effectively deploy resources that drive inclusive growth. With many doing a small part, the impact on Baltimore would be transformative.

The report revealed hidden, potential wealth in the following findings:

In addition to identifying and quantifying untapped investment funding, UpSurge analyzed what these findings suggest for the future of Baltimore’s startup ecosystem and evaluated their context amid larger nationwide trends.